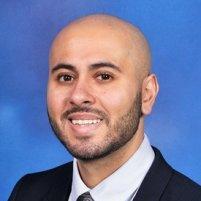 Gout is a form of arthritis that most commonly affects the big toe, but can affect other joints as well. This condition can be either acute or chronic. Acute gout typically affects only one joint and is not recurring, while chronic gout reoccurs and may involve multiple joints. If left untreated, chronic gout can harm joints, tendons, and tissues, causing loss of motion and severe joint pain. Gout is more common in men and postmenopausal women.

Your risk of developing gout increases if you:

If you have gout, you will typically experience symptoms in the middle of the night. The most common symptom of gout is a sharp pain or throbbing in your big toe or another joint such as the ankle or knees. This pain is often accompanied by redness and swelling.

Some individuals may have only one gout attack in their lifetime. For others, gout may develop into a chronic condition that reoccurs every so often. Sometimes months, even years will go by before another gout attack. Subsequent gout attacks usually last longer.

If you are suffering from gout, it is important to rest the joint. You can take anti-inflammatory medication, such as ibuprofen, to reduce swelling. However, it is important that you avoid aspirin, as it can increase the uric acid level in the blood.

If symptoms are severe or recurring, visit a doctor for treatment. Your doctor can prescribe stronger non-steroidal anti-inflammatory drugs (NSAIDs) and painkillers. In some cases, a shot of corticosteroids may also be administered. Symptoms can be relieved within a day when treated the right away.

If you have chronic gout, medications can be prescribed to reduce uric acid buildup in your blood. Future attacks may also be prevented by adjusting your diet to include a variety of healthy foods while avoiding alcohol and limiting consumption of foods high in purine such as meat, seafood, asparagus, spinach, kidney beans, mushrooms, gravy, and yeast.